Agent for the Elite Penguin Force

Gary, Jet Pack Guy, Dot, The Director (Aunt Arctic), Puffle Handler and You (if you add him)

Yes
Rookie is a Mascot on Pengur. He is the Comm leader of the Elite Penguin Force. 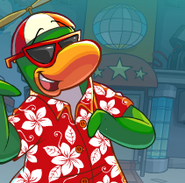 Rookie in a message 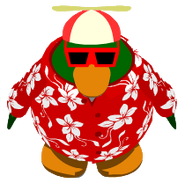